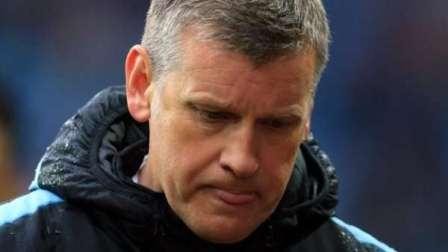 Southampton assistant manager Eric Black gave undercover reporters advice on how to bribe officials at other clubs, the Daily Telegraph has claimed.

Black, 52, was filmed apparently naming staff at other clubs who could be induced to pass on information about players to a company for money.

Such payments would be against Football Association rules.

"It doesn't take too much to get these people involved," Black says in the covert recording.

"They won't have an awful lot of money."

Black denies suggesting that any football official should be paid, saying that his "couple of grand" comment related to a freelance scout that an agency looking to break into the football industry might approach.

A spokesperson for Black said his client did not recall the possibility of bribing officials being mentioned.

"This was not the purpose of the meeting so far as our client understood it. Any suggestion that he was complicit in such discussions is false," the spokesperson added.

Southampton said they were "fully committed" to investigating the claims and intend to work closely with the Premier League and Football Association on them.

The allegations about Black are the latest from the Daily Telegraph's investigation into corruption in football.

On Thursday, Barnsley assistant boss Tommy Wright was sacked over claims he took cash for trying to engineer certain transfers. Wright has "categorically denied" the claims.

Sam Allardyce left his post as England manager on Tuesday, making a "whole-hearted apology" in the wake of allegations in the newspaper that he offered advice on how to "get around" rules on player transfers.