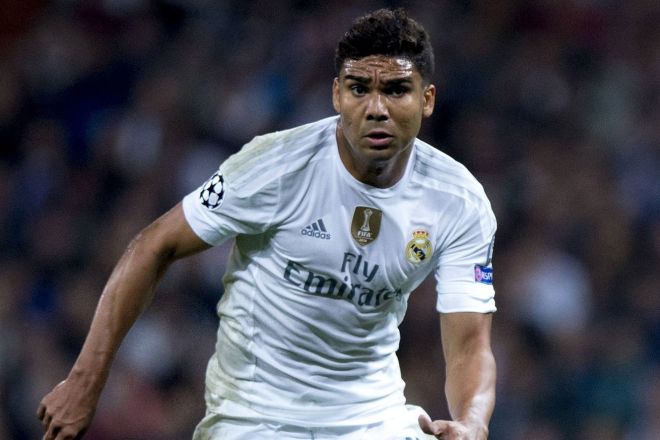 The Brazil international fractured a bone in his left leg in September and has not played since.

Zidane’s side go into the round-of-32 return leg against third-tier Cultural Leonesa on Wednesday holding a 7-1 advantage from the first game.

“The idea is for Casemiro to play tomorrow. It will be his first game (since the injury) and then we shall see on Saturday,” Zidane told a news conference.

“In any case, he has returned to the group and in theory, he is read to play.”

Cristiano Ronaldo will sit out the Cup game to prepare for Saturday’s first Clasico of the season against Barcelona at the Nou Camp.

Ronaldo scored his team’s goals in Saturday’s 2-1 home win over Sporting Gijon but ended the game with muscular problems.

The Portuguese forward, leading scorer in La Liga with 10 goals, one more than Barca’s Lionel Messi, did train on Tuesday.

“It’s a game for Ronaldo not to play,” Zidane said.

Colombian James Rodriguez, who earned his third La Liga start at the weekend but came under scrutiny after failing to get a shot on target against Sporting, will also play against Cultural Leonesa.

“This is the time for him to have more playing time,” Zidane said of James. “He will be included in the squad.”

Real are unbeaten in 31 games in all competitions and are six points clear of Barcelona at the top of La Liga.