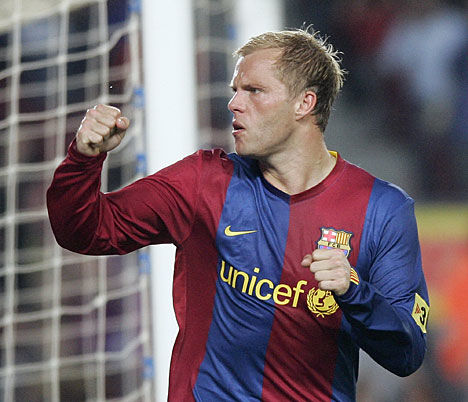 Former Chelsea and Barcelona striker Eidur Gudjohnsen has offered to play for Brazilian team Chapecoense following the air crash in Colombia last week in which most of their players died.

The 38-year-old Iceland international is a free agent after being released by Norwegian club Molde in August.

Only three of the Chapecoense players who flew north from Brazil for the Copa Sudamericana final against Atletico Nacional survived the crash outside Medellin, Colombia, which killed 71 passengers and crew members.