Messi will marry next year 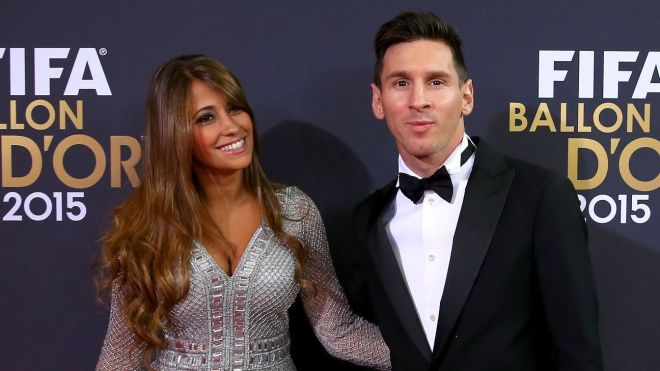 Lionel Messi and longtime partner Antonella Roccuzzo are to be married next year, according to multiple reports in Argentina.

First reported by Radio Metro's Pablo Varsky and confirmed by EFE and others, Messi, 29, and Roccuzzo, 28, will have a ceremony sometime in the middle of 2017 depending on Barcelona's summer tour.

"Messi and Roccuzzo will get married in 2017. The date will depend on Barcelona's schedule of games and the fortunes of the Catalan side in the Champions League," EFE reported.

The couple met in their native Rosario in 1996 and have two children together, four-year-old Tiago and one-year-old Mateo.

Varsky reported the wedding would be in Argentina.

"I learned by chance, next year there will be a big celebration. I don't have a clear date but it's in Rosario," he said.