Interview with a European award winner 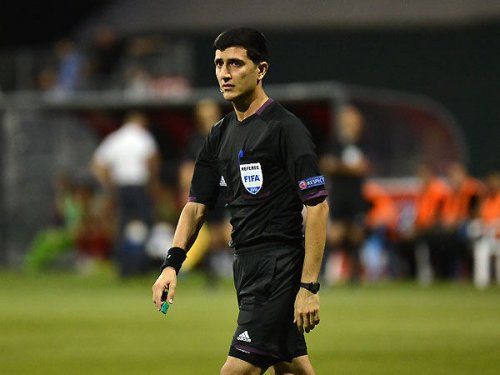 - First of all we congratulate you regarding to "Rising Star award. What can you tell us about the award?

- The blog is not official website of UEFA, but blog which was created by European referees. I won "Rising Star" award with an internal voting. UEFA doesn't conduct election of the referee of the year.

- Mr.Aliyar, don't you think that being awarded that title among European referees by blog which was specialized in UEFA is a great success?

- Of course, it is gratifying. All European referees are active in that blog. I am happy for myself and on behalf of Azerbaijan.

- In past 6 months, In all games teams were world - class clubs. Being referee of these games is enjoyable. But I can't tell concrete game.

- We know that it is a general question, but do you have a role model? In your opinion, which referee controls matches better?