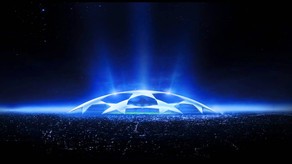 Today draw of Football European cup 1/4 final will be thrown.

In both tournaments, pairs will be determined under blind draw.

Namely, 2 teams of the same country is likely to have a match.

Firstly, 4 pairs of the Champions League will be determined. Clubs of 5 countries will attend the ceremony, which will be held on 15:00 p.m. Baku time. They are Spanish Real Madrid, Barcelona, Atletico Madrid, German Bavaria, Wolfsburg as well as Manchester City of England, PSG of France and Benfica of Portugal. First matches will be held on April 5-6,return matches on April 12-13.

Athletic, Villarreal and Sevilla of Spain, Liverpool of England, Borussia Dortmund of Germany, Schator of Ukraine, Sparta of the Czech Republic and Braga of Portugal will attend draw ceremony of the European League 1/4 final, to start at 16:00 p.m. First matches will be held on April 7,return matches on April 14.
Notably, final of European League will be organized in Basel, Switzerland, on May 18, of Champions League in Milan, Italy.