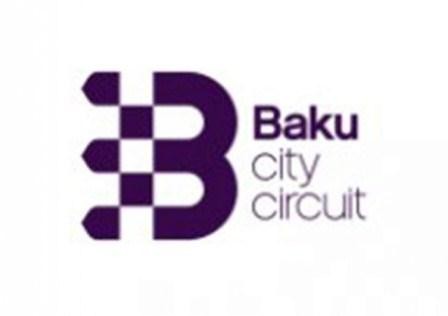 Baku City Circuit Operations Company (BCC) invites everyone to join the ‘Three-Months-To-Go’ celebrations, a series of entertainment activities taking place in Baku Boulevard to mark the arrival of the 2016 FORMULA 1 GRAND PRIX OF EUROPE to Baku.

On March 19, the ‘Three-Months-To-Go’ until the hosting 8th round of the 2016 FIA Formula One World Championship coincides to the nationwide festivities on the occasion of Novruz. In order to raise an awareness among Baku residents and visitors about the newest addition to the Formula 1 calendar, BCC will conduct a series of entertainment activities and create the Formula One zone on the boulevard in front of the Museum Centre.

Starting from 20 March, this area will be opened to visitors of all ages, where everyone can get entertained and better informed about the upcoming race. In particular, visitors will be able to feel the excitement and speed of Formula 1 races by enjoying the simulators installed in the indoor entertainment zone, buy tickets, get acquainted with the activities of the marshals and volunteers, while little F1 fans will be able to have a fun time in the designated area. Entertainment zone will be opened to the public from 10:00 to 22:00 every day until the Grand Prix of Europe.

In addition, a concert stage will be built next to the entertainment zone, where local pop-singers will present their performances every evening between March 20 and March 23, from 4:00pm to 10:00pm. Only on March 21, from 8:00pm to 10:30pm, a colourful 3D laser show on Formula 1 will be projected onto Baku Museum Centre.

Speaking about the latest updates Nigar Arpadarai, BCC’s Head of Marketing and Communications invited everyone to attend the ‘Three-Months-To-Go’ celebrations in Baku Boulevard and said: "The process of preparation for the 2016 Formula 1 Grand Prix of Europe enters a new phase and coincides with Novruz festivities. On this occasion, we are opening Formula One entertainment zone, where people of all ages will be able to both entertain and learn a comprehensive information about F1. In addition, we are pleased to announce the launch of Baku City Circuit’s new website, which will be main channel for delivering updated information about the activities within the Grand Prix of Europe and F1 news. I am delighted to invite all of you to visit the Formula 1 entertainment zone and our new website."

By means of track’s interactive map, website visitors will be able to get a detailed information about the configuration of new city track and each grandstand located along the Baku City Circuit. In addition, the interactive game based on the actual configuration of the track will allow visitors to explore each corner of the route through 3D views. Apart from it, F1 fans will have a chance to experience a speed and excitement of Formula 1 Grand Prix of Europe by enjoying online driving test.

One of website sections will be dedicated to Formula 1 Village and update F1 fans on entertainment activities, autograph sessions and concerts to be held during the race weekend.