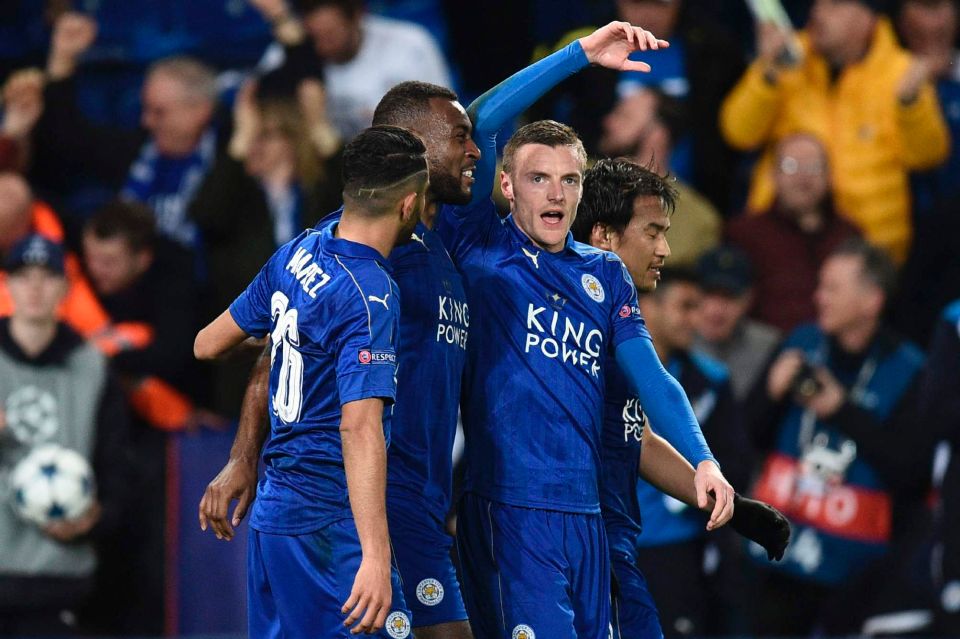 Leicester City wrote another chapter in their remarkable story as they overturned a first-leg deficit to beat Sevilla and reach the Champions League quarter-finals on a night of raw passion at the King Power Stadium.

The Foxes looked in trouble after a 2-1 first-leg loss in Spain that was the catalyst for the sacking of Claudio Ranieri - the manager who had guided them into this competition after winning the Premier League nine months ago.

Now, with Ranieri gone and Craig Shakespeare in charge, Leicester have been transformed, and they were on their way to another spectacular triumph when captain Wes Morgan bundled them into a first-half lead.

It put Leicester in control of the tie, a supremacy they emphasized when Marc Albrighton drilled home a second nine minutes after the interval, seconds after Sergio Escudero hit the bar for the visitors.

Leicester survived a frantic final spell when Samir Nasri picked up a second yellow card for a clash of heads with Jamie Vardy - who missed two great chances - keeper Kasper Schmeichel saved a penalty from Steven N'Zonzi that could have taken the tie into extra time and Sevilla boss Jorge Sampaoli was sent to the stands as tensions reached boiling point.

On Wednesday, Manchester City goes to Monaco and Atletico Madrid plays Bayer Leverkusen to determine the final two sides in the last eight.