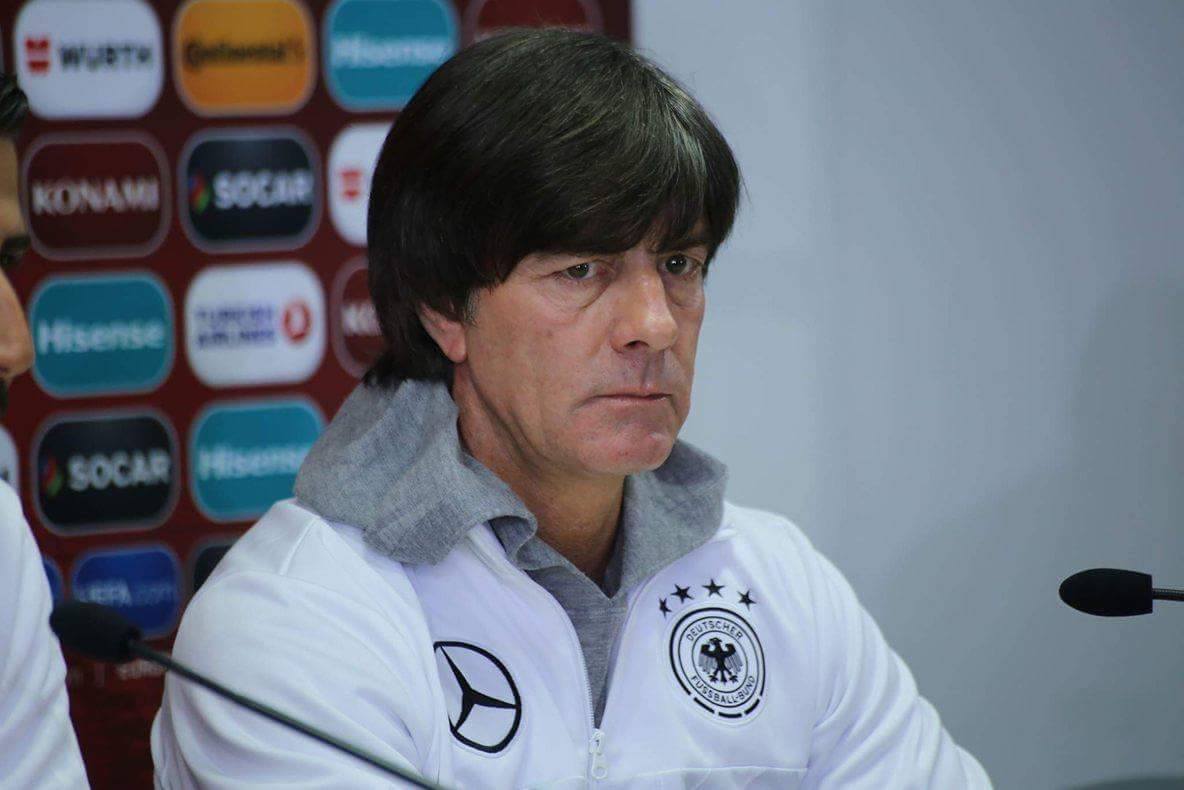 We came here only for 3 points. In general, our goal is to win all games till summer. There is also the game with San Marino. We don't want to lose points. Flight and time shifting are main factors. But they should not be an excuse.

Axar.az reports that it is told by Germany national team coach Joachim Löw in a press conference before qualifying group match of World Cup spend March 26, 2018. Then the 57-year-old specialist answered questions from journalists.

- Do you have players who get damaged and whom you do not want to give a chance?

- The condition of Khedira, Draxler and Gomes are good. The situation of Mesut Ozil is unclear. Ozil trained neither yesterday nor today. We will look at the situation until tomorrow. Of course, The absence of Schurrleit is not good for us. But it may possible to think his performance. Kimmix and other players did not play regularly in their clubs.

- Comparing with previous games in Baku, will it be difficult or easy to play?

- There is a great progress both in the country and team. The quality from tha side of the game rised significantly. It is proven by the results of last games. It is possible to speak about development while Azerbaijani team won Norway and plays draw with the Czech Republic. Azerbaijan is able to be protected and developed its tactical plan. In general, growth is noticeable.

- Who will be the captain?

- Sami Khedira. Because he is a leader, he has a great role and he has got a high-level approach to work.

- Recently, it is noticed that the players has not come willingly to national team ...

No, this is not the case. Instead, the players have great enthusiasm to their team. Even if the rest of the national team are eager to join. Their motivations are very high either.

- Do you want to start the game with Mario Gomez as a striker?

- Gomes made a good impression in recent games. Therefore, it would be better to us him to be in the tomorrow's game.

- How do you assess the chance of Azerbaijan in the 2nd place in the group?

- 7 points in 4 games is a good start. The issue will be solved in the next Czech Republic and Northern Ireland games. If that happens, why not?