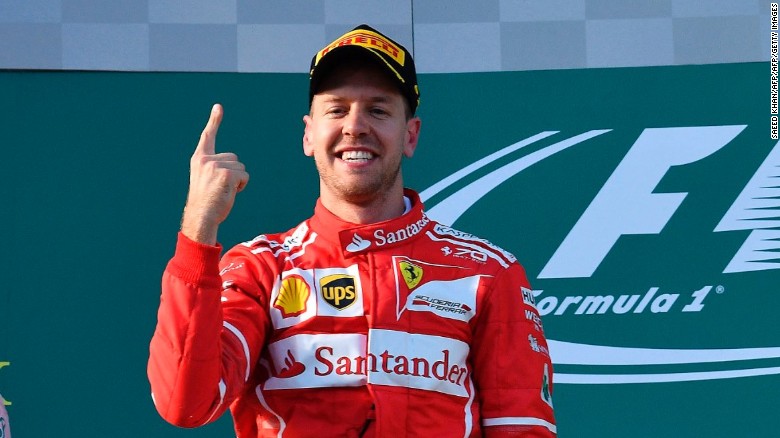 Sebastian Vettel got his 2017 F1 season off to the perfect start with victory at the Australian Grand Prix in Melbourne.

The Ferrari driver began from second on the Albert Park grid but kept pace with early race leader Lewis Hamilton before surging ahead when the Briton was held up in traffic after exiting the pit lane on lap 17.

That enabled Vettel to build up a healthy lead and saw him return to the track marginally ahead of Hamilton when he made his own pit stop eight laps later. Vettel then made the most of the clear track in front of him as he raced towards the checkered flag.

Hamilton's Mercedes teammate Valtteri Bottas completed the podium standings as he finished third ahead of Kimi Raikkonen in the second Ferrari.

Max Verstappen was fifth and the only Red Bull driver to finish after his Australian teammate Daniel Ricciardo experienced a frustrating afternoon that saw him suffer an engine failure.

An earlier problem meant Ricciardo was forced to start the race from the pit lane. Felipe Massa of Williams claimed sixth position ahead of Force India's Sergio Perez.

The final points positions were snapped up by Carlos Sainz and Daniil Kvyat in the Toro Rossos and Esteban Ocon in the second Force India.