Brazil become 1st side to qualify for FIFA World Cup 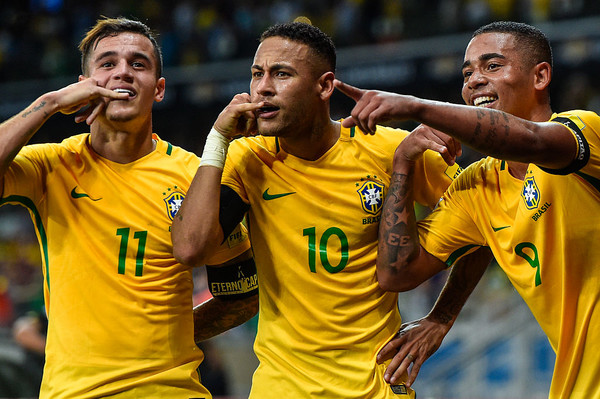 A resurgent Brazil squad under new management became the first team to qualify for the World Cup on Tuesday, the same day archrival Argentina heightened its risk of missing a spot at Russia 2018.

The five-time World Cup champions had a 3-0 victory over seventh-place Paraguay in Sao Paulo, moving to 33 points from 14 matches in South American qualifying. The Brazilians secured a direct spot for Russia 2018 after third-place Uruguay lost 2-1 to Peru in Lima.

Argentina, playing without suspended star Lionel Messi, lost 2-0 to Bolivia in the altitude of La Paz earlier and slipped from third to fifth with four matches remaining.

The top four in South America earn direct places at the World Cup. The fifth-ranked South American team goes into a playoff against a team from Oceania for a spot in Russia.

Argentina has 22 points from six wins and four draws, putting coach Edgardo Bauza under intense pressure to step aside.

While Argentina struggled, Colombia had a 2-0 win at Ecuador, posting its first win in Quito in 20 years and ended the day in second spot in qualifying with 24 points. Ecuador dropped out of the top five for the first time, slipping to sixth with 20 points.

Also on Tuesday Copa America champion Chile beat last-place Venezuela 3-1 in Santiago and climbed back to fourth spot with 23 points.