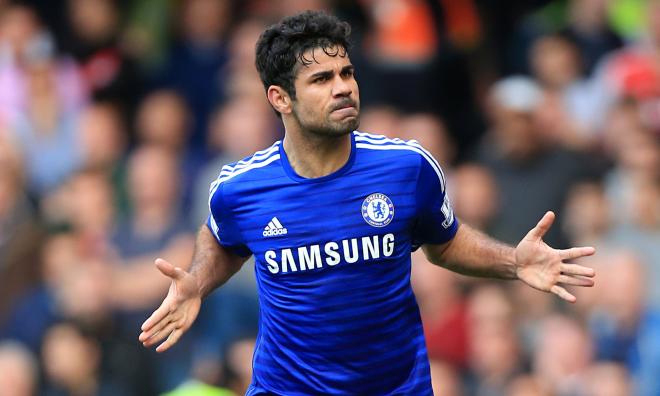 Chelsea striker Diego Costa is adamant he is in charge of his own future amid speculation CSL side Tianjin Quanjian are willing to pay £75million for him and has stressed a move to China is by no means a done deal.

The Spain international was keen to leave Chelsea for Atletico Madrid for personal reasons ahead of the 2016-17 campaign, but a return to the Vicente Calderon never materialised.

He was then heavily linked with a move to China in the January transfer window.

Costa continues to be the subject of rumours suggesting he will leave Stamford Bridge, with recent reports suggesting Tianjin are ready to splash the cash on the 28-year-old.

The striker's deal runs until June 2019 but if he does choose to depart, he insists it will not necessarily be for a switch to the CSL.

"I am in charge of my own future and that does not mean that I am going to China," he told DIRECTVSports.

Costa has been a key figure for Chelsea this campaign, scoring 20 goals in 33 Premier League outings to fire Antonio Conte's side to the brink of the title - a win at West Brom on Friday will see them lift the trophy.