Sculptor of infamous Ronaldo statue made one for Bale 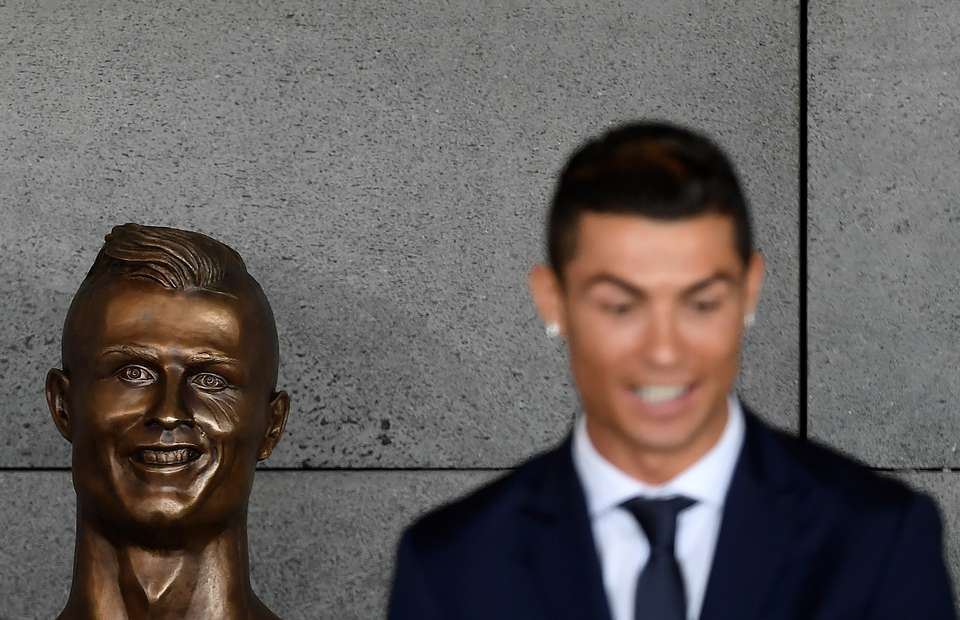 There were many images that left a lasting memory from the 2016/17 season but few could match one that may have caused a few nightmares as well.

To commemorate the achievements of Cristiano Ronaldo, Portuguese sculptor Emanuel Santos created a bronze statue of the Real Madrid star which was to be placed at the Madeira Airport.

The airport's name was changed to the Cristiano Ronaldo international but the bronzed monstrosity that greeted him sort of soured the honorary event.

The comparisons came in thick and fast on Twitter with many suggested that it bore more of a resemblance to Niall Quinn or even Paul Konchesky.

You would think after the ridicule that Santos would have abandoned the idea of sculpting another footballer? Well, think again.

Irish betting company Paddy Power stepped in and allowed him another go at immortalising another Real Madrid superstar.

This time, it was Gareth Bale, to celebrate the Welsh superstar's return to Cardiff for the Champions League final on June 3.

To be fair to Santos, his second attempt is far better, although, it would have taken something truly spectacular to have been worse than Ronaldo's.

The Mirror met with the sculptor to discuss his latest piece and he seems rather upbeat about it.

"I'm very happy," he said. "I feel very proud of it. For me, it's an honour to make Gareth Bale because he's a great player."

The statue will be on display in a Paddy Power shop in Cardiff until Sunday, the day after the final, with many fans likely to flock to see their national hero in bronze.

Thankfully, Santos' execution was better this time but in truth, his Ronaldo creation was almost an iconic footballing moment.

A spokesperson at Paddy Power said: “We think Emmanuel is a legend – just like the footballers he sculpts. We’re privileged to be the first to exhibit his art in the UK and know the good people of Wales and visitors to the big final will love his tribute to the Welsh Wonder.”