Sharapova expected to pull out of Aegon Classic 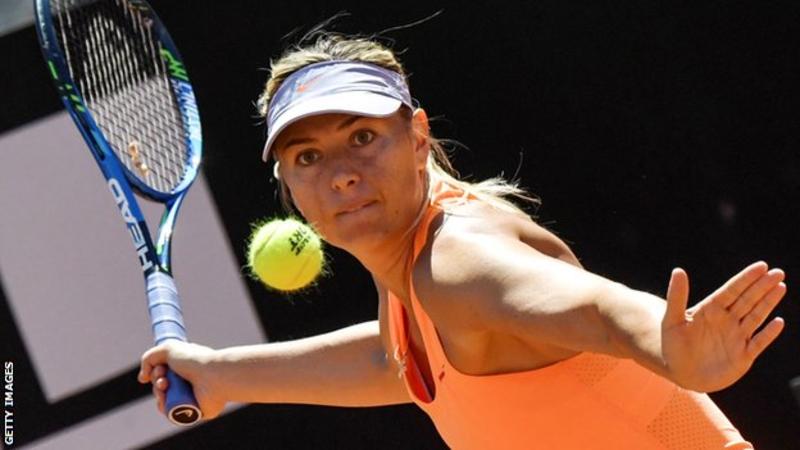 Maria Sharapova is expected to pull out of the Aegon Classic in Birmingham because of injury.

The five-time Grand Slam champion has not played since retiring injured from her second-round match at the Italian Open with a thigh problem on 16 May.

Sharapova, who returned from a 15-month drug ban in April, had been offered a wildcard for the event from 17 June.

The Russian, 30, is due to contest the Wimbledon qualifying competition in Roehampton, which begins on 26 June.

Sharapova is currently ranked 178 in the world, having fallen out of the top 500 since testing positive for heart disease drug meldonium at the 2016 Australian Open.

She was denied a wildcard for the French Open, with tournament officials saying her doping suspension counted against her.

But he had argued it would "generate more funds" and boost a tournament which has "for too long lived under the shadow" of the men's Aegon Championships at The Queen's Club, which takes place in the same week.

Sharapova signed a two-year deal to play in the Birmingham event last month.