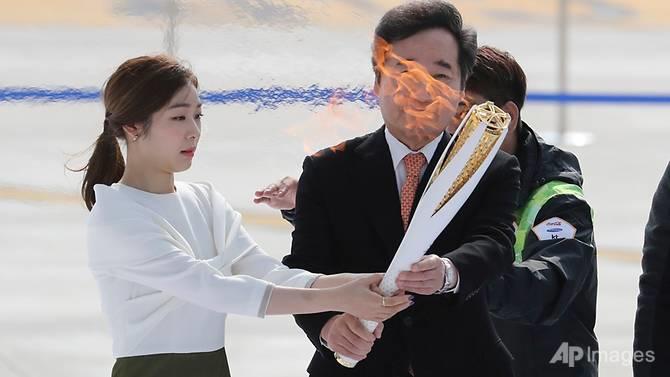 The Olympic flame arrived in South Korea on Wednesday (Nov 1), 100 days ahead of the opening ceremony for the 2018 Pyeongchang Winter Games.

Axar.az reports that South Korean Olympic gold-winning figure skater Kim Yu-na and the country's sports minister Do Jong-whan carried the flame, in a white security lamp, down the steps from a Korean Air jet after a flight from Greece.

The flame will go on a torch relay along a 2,018km route around South Korea, through nine provinces and eight major cities in the country over the next 100 days.

The journey will conclude at the Olympic Plaza in Pyeongchang. There, the flame will be used to light the Olympic cauldron to mark the start of the Games.

The Winter Olympics will run from Feb 9 to Feb 25, 2017, but have been marred by slow ticket sales and the looming menace of nuclear-armed North Korea, just 80 kilometres away from Pyeongchang across the Demilitarized Zone that divides the peninsula.