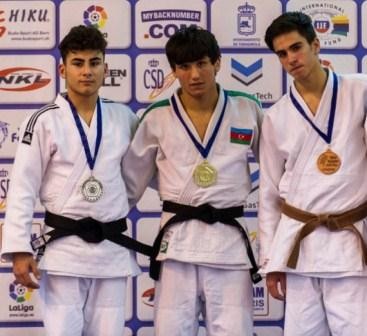 Azerbaijani fighters have brought a clutch of 8 medals, including 3 gold medals in the first day of the Cadet European Judo Cup in Fuengirola, Spain.

In the women`s event Shafag Hamidova and Gultaj Mammadaliyeva took bronze medals of the tournament in the 44kg and 48kg weight divisions respectively.

The tournament brings together 306 judo fighters from 21 countries.