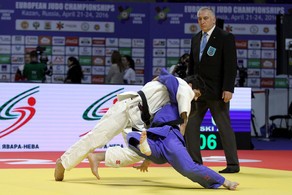 2 Azerbaijani judokas will fight on the second day of the tournament, which is important in terms of license for Rio 2016 Summer Olympic Games.

Rival of Rustam Orujov, 73 kg, will be Lithuanian Kestutis Vitkauskas. Abdulhagg Rasullu (81 kg) will meet with French Alain Schmitt. Both athletes will join the fight at 1/16 finals.

Notably, fighting on the first day of the championship at 60 kg, Orkhan Safarov won a silver medal.