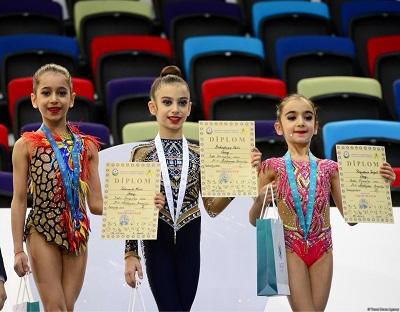 A ceremony to award the winners of the third day of the 25th Azerbaijan Championship in Rhythmic Gymnastics was held in the National Gymnastics Arena in Baku on Dec. 8.

The winners of individual performances aged 8-10 were awarded following the all-around competitions on the third day of the competition.

The 25th Azerbaijan Championship in Rhythmic Gymnastics will run until Dec. 9.

On the last day of the events, the 5th Interregional Cup will commence. Representatives of Azerbaijani districts will perform in both individual and group exercises at the Interregional Cup.