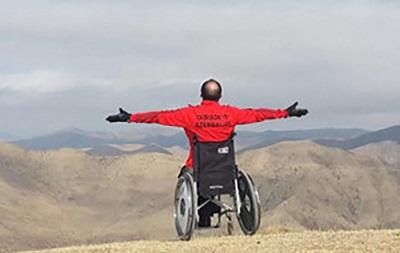 Skier Gulnar Rahimova has claimed the crown of the international competition on winter sports for the first time in the history of Azerbaijan Paralympic movement.

Axar.az informs citing the National Paralympic Committee that the athlete who participated in the Asian Ski Championship held in Iran won the giant slalom race on the first day.

She also showed the best result in slalom race on the second day of the competition and grabbed gold.

Notably, it is the first time that the Azerbaijani Paralympians took part in the international winter sports competition.