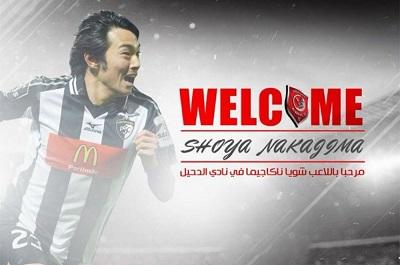 The 24-year-old broke the transfer fee record among Japanese players.

Parma had paid about $28 million to Italian rival Roma for Japanese Hidetoshi Nakata in 2001.