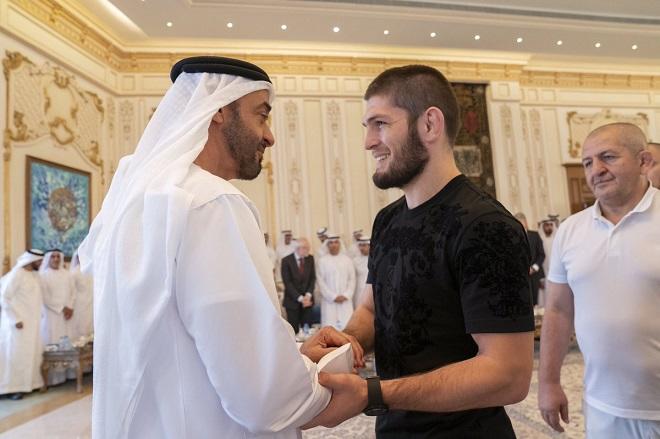 Axar.az reports citing the National that more than 13,000 people attended the fight at The Arena on Yas Island.

Immediately after winning, Nurmagbomedov embraced his father, who also met Sheikh Mohamed during the Sea Palace Barza on Monday.

“I love this region. I’ve been in Turkey, Europe, Russia, even Dagestan, US, Brazil, Canada, Mexico," he said after his fight.

"I’ve been everywhere. But this place – Emirates, Abu Dhabi, Dubai – is the safest place in the world. This is an amazing place.