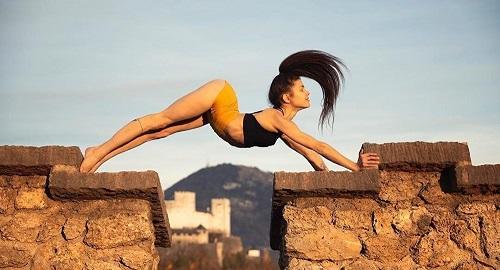 The American, 22, surpassed the overall medal record held by Vitaly Scherbo by winning on the balance beam - her 24th medal, 18 of them gold - in Stuttgart.

Biles put in another sublime display to post a score of 15.066 and pick up her fourth gold of these championships.

She then produced a stunning 15.133 to beat compatriot Sunisa Lee, 16, and win another gold in the floor final.

Lee took silver in the floor final with a score of 14.133, while Russian Angelina Melnikova finished third.

Having won four gold medals and one bronze at Rio 2016, Biles now has 30 medals in World Championships and Olympics, three short of the record held by Scherbo, who represented the Soviet Union, the Commonwealth of Independent States and Belarus in the 1990s.