Inter and Manchester in the semifinals 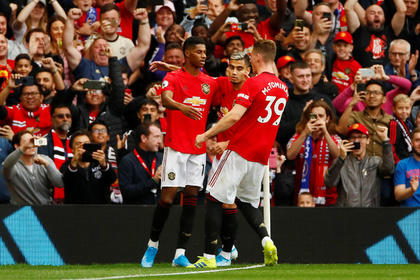 The 1/4 final stage of the Europa League has started.

Axar.az reports that, two matches took place on the first day of the match.

Manchester United met Copenhagen in Cologne. No goals were scored in 90 minutes. According to the new rules, this stage consists of one game, so additional time has been set to determine the winner. In the 94th minute, Bruno Fernandes won a penalty kick to Manchester United.

Milan's Inter met Bayer Leverkusen in Dusseldorf and reached the semifinals with a 2: 1 victory.