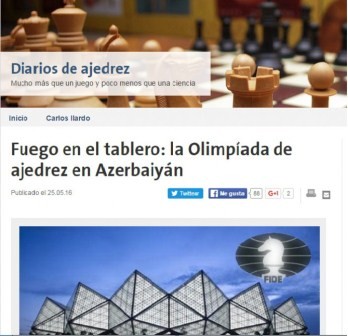 He also said Azerbaijan pinned great hopes on its chess players as outstanding work had been done in the country to develop chess.