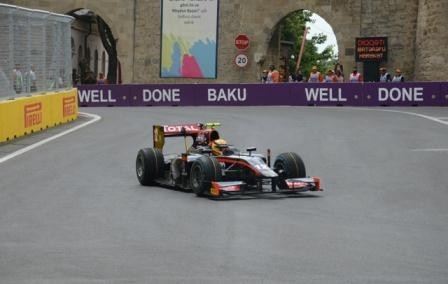 Formula One’s highest speed record of 351 km per hour has been reached by Williams’s Valtteri Bottas at the 2016 F1 Grand Prix of Europe First Practice Session, underway in Baku.

Lewis Hamilton from the Mercedes team reached the highest average speed of 203,042 km/h.