Tragedy at the World Cup: Boxer dies in ring 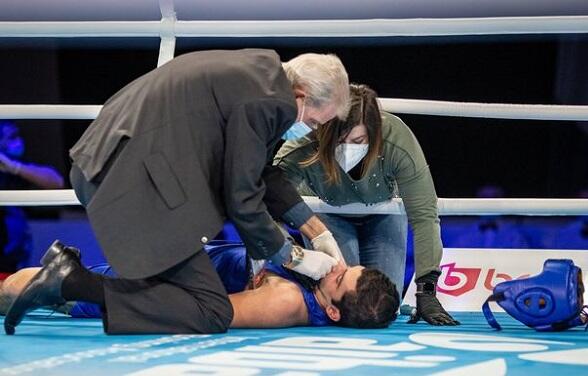 Jordanian boxer Rashed al-Swaisat has died after suffering a concussion at the World Youth Championships in Celts, Poland.

Axar.az reports that this was reported by the official website of the International Amateur Boxing Association (AIBA).

According to the report, the 19-year-old athlete suffered a fatal blow in the third round match against Estonian Anton Vinogradov in the weight category of 81 kg on April 16. Al-Swaisat, who fell unconscious, was taken to hospital. Despite several days of efforts by doctors, it was not possible to save his life.

Condolences were expressed to the relatives and teammates of the deceased in connection with the tragic incident.