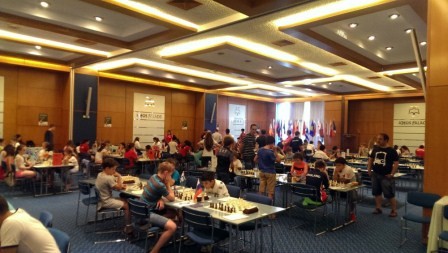 The tournament is held in six age groups between boys and girls.

Aydin Suleymanli shares second and third places with 5,5 pointes of 6 in boys U11 age group.

The 9-round tournament ends today.