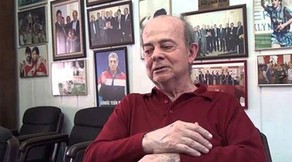 Legendary Turkish goalkeeper Turgay Şeren, 84, who spent most of his sports career with the Galatasaray football club, passed away on Wednesday morning in Istanbul.

Şeren, nicknamed the Berlin Panther after recording great saves in 1951 during a West Germany – Turkey match, also worked as a coach and a sports columnist for many years after his jubilee.

He played at Galatasaray, which he also coached after retiring from goalkeeping, between 1947 and 1966. Şeren also played 52 times for the Turkish national team.