UEFA rejected it, "Qarabag" fans swore like this - Video 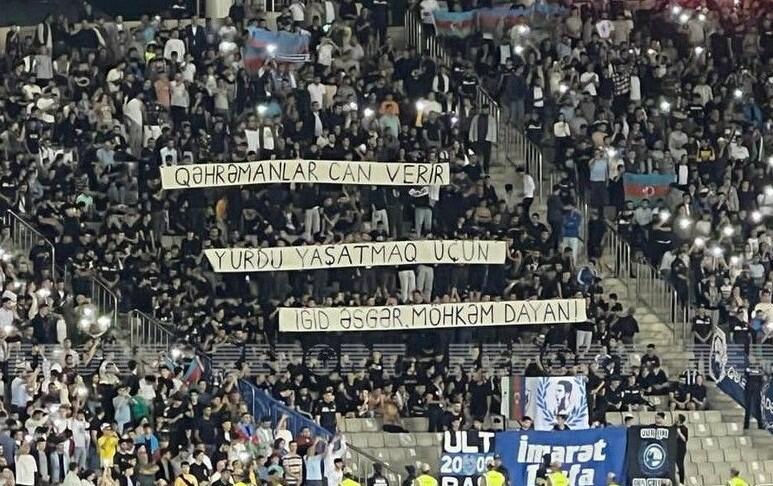 There was silence with the participation of the fans in the II round game of the group stage of the UEFA Europa League held in Baku between the teams of "Qarabag" and "Nantes" of France.

Axar.az reports that before the start of the match, the fans at the Republic Stadium named after Tofig Bahramov commemorated the Azerbaijani servicemen who were martyred during the military operations on the border with Armenia.

Members of the "Imarat" fan group unfurled the banner "Heroes give their lives to keep the country alive. Brave soldier, stand strong."

Although the Albanian chief referee Enea Yorgyi did not make a decision, the players remained silent.

"Kohlen Atlar" previously applied to UEFA with this initiative, but received a rejection.