Representatives of 55 countries are tasked 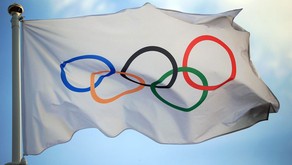 Representatives of the world's 55 countries will ensure security of the Summer Olympics in Rio de Janeiro 2016.

She said that the security service officers have checked all the people who are involved in the games. This measure was taken to prevent security threats. Data on 400,000 people, including volunteers, journalists and officials was widely analyzed.

Intelligence officials of the United States, Belgium and France will help Brazil in prevention of terrorist threats.