Azerbaijan at opening ceremony of Rio 2016 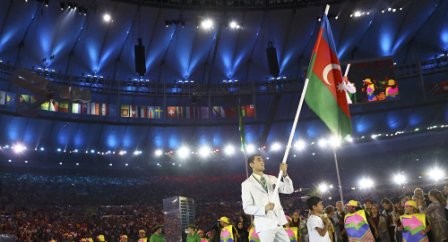 Of those fifty six athletes, thirty six will participate in Olympic Games for the first time.

The country will be represented for the first time in triathlon, archery, track cycling and canoe slalom.

Azerbaijan will also be represented by three referees at competitions in wrestling, gymnastics and boxing.

During the Olympcs, Azerbaijani team will be accompanied by 34 coaches, six doctors, physiotherapists and technicians.