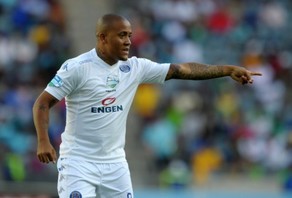 Player of Cypriot football club "Anartosis" arrived in Baku with whom "Karabakh" in talks.

It was informed by executive director of Agdam club Amrah Chelikel.

According to him, negotiations are underway with the attackers Dino Ndlovu who arrived in the capital:

"Footballer has arrived in Baku to meet with us. At the moment we are negotiating. After negotiations and implementation of the transfer, we will inform the public about it. "