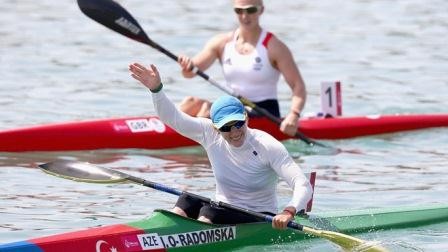 Azerbaijani athlete Inna Osypenko-Radomska has won a bronze medal in women’s 200 meters kayak single at the Rio 2016, bringing Azerbaijan its fourth medal in the Olympics.