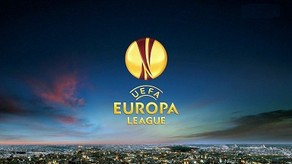 Start times of home matches of Azerbaijani representatives Qarabag and Gabala at Europa League group stage have been identified.

The match against Czech Slovan on September 15 will start at 19:00 Baku time (17:00 European time). The match is expected to be held at the Republican stadium named after Tofig Bahramov. However, Gurban Gurbanov, head coach of Qarabag FC, said that the meeting will be held either at Baku Olympic Stadium or Dalga Arena due to poor condition of grass cover of the national arena.

Gabala will receive its first rival at the 2nd tour on September 29. The match against German Mainz will start at 19:00 at Bakcell Arena.

At the 3rd round, Qarabag will play against Greek PAOK October 20 at 19:00, while Gabala against French Saint Etienne on November 3 at 22:00 within the 4th round.

On November 24, home match of Gabala against Belgian Anderlecht at the 4th round as well as of Qarabag against Italian Fiorentina on December 8 at the 6th round will begin at 20:00.

Notably, due to cancellation of daylight saving time in Azerbaijan, time difference with Central Europe will rise to 3 hours from the early morning of October 30. For this reason, the start times have been changed.