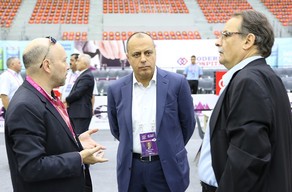 Then a meeting was held with teams thatwill take part in Chess Olympiad.

Notably, Azerbaijan represented by 3 teams in both men's and women's race.

This is the reason for the war in Ukraine - Iran