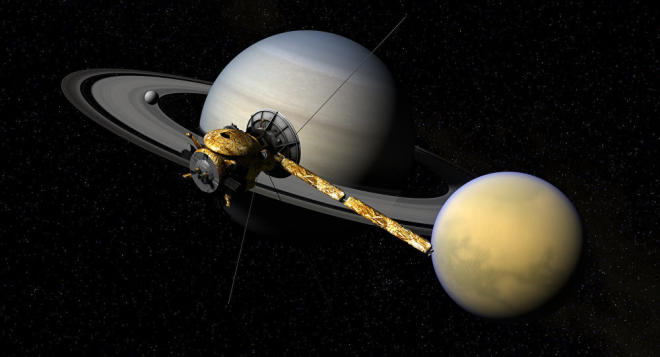 A NASA spacecraft managed to obtain what's thought to be one of the most high quality images of Saturn’s moon Pandora to date.

During a daring pass by the outer edges of Saturn’s main rings, NASA’s Cassini spacecraft was able to snap one of the highest resolution pictures of the planet’s moon Pandora ever.

Cassini-Huygens is a joint effort between NASA, the European Space Agency (ESA) and the Italian Space Agency (ASI). Launched in 1997, the spacecraft Cassini arrived at its destination in 2004 and since then has been studying Saturn and its moons from orbit. Huygens, a probe carried by Cassini, landed on Saturn’s largest moon, Titan, in 2005.