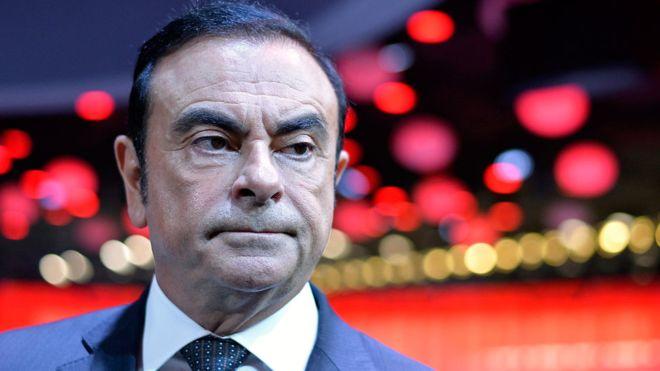 The Tokyo District Court confirmed that prosecutors had filed the new indictment on Monday, which paves the way for his legal team to apply for bail.

The 65-year-old strenuously denies all allegations against him and insists they have been cooked up in a "plot" by Nissan executives wary of his plans to bring the Japanese car giant closer to its French partner Renault.

Prosecutors are looking into allegations that Ghosn funneled some $15m in Nissan funds to a dealership in the Middle East and siphoned off around $5m for his personal use.

Nissan said it had filed a criminal complaint against its former boss "after determining that payments made by Nissan to an overseas vehicle sales company via a subsidiary were in fact directed by Ghosn for his personal enrichment and were not necessary from a business standpoint".

Experts believe these are the most serious charges yet against Ghosn since he was dramatically arrested on November 19 as he landed in his private jet at a Tokyo airport.

Ghosn has said compensation he allegedly underreported was never decided upon and payments that prosecutors say amount to breach of trust were legitimate business transactions.

He has already won bail once before - but under strict conditions such as agreeing not to leave the country and living under surveillance.

The rollercoaster case of the executive, once revered in Japan for saving Nissan from the brink of bankruptcy, has gripped the business world and shone a spotlight on the Japanese legal system that has come in for some criticism especially from abroad.

The Ghosn case represents a precipitous downfall for an executive who has gone from a life of luxury and private jets as he ran three huge car companies to a small cell.

He has already been stripped of his position on the board at Nissan and resigned from the head of Renault and the three-way alliance the two companies share with Mitsubishi Motors.

His wife Carole has also been questioned by prosecutors in Tokyo.

His lawyers in Paris have urged the French government to insist he be tried in France as a fair trial would "only be possible" there, according to them.