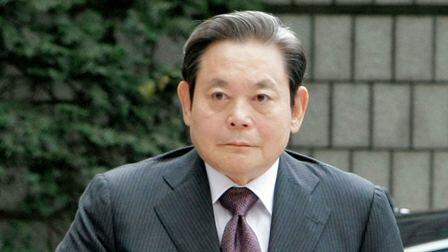 Axar.az informs that Mr Lee helped to grow his father's small trading business into an economic powerhouse, diversifying into areas like insurance and shipping.

During his lifetime, Samsung Electronics also became one of the world's biggest tech firms.

He was the richest person in South Korea, according to Forbes, with a net worth of nearly $21bn (£16bn).

Samsung said Mr Lee died on Sunday with family by his side, but did not state the exact cause of death. A heart attack in 2014 had left him living in care.

"All of us at Samsung will cherish his memory and are grateful for the journey we shared with him," the firm said in a statement.