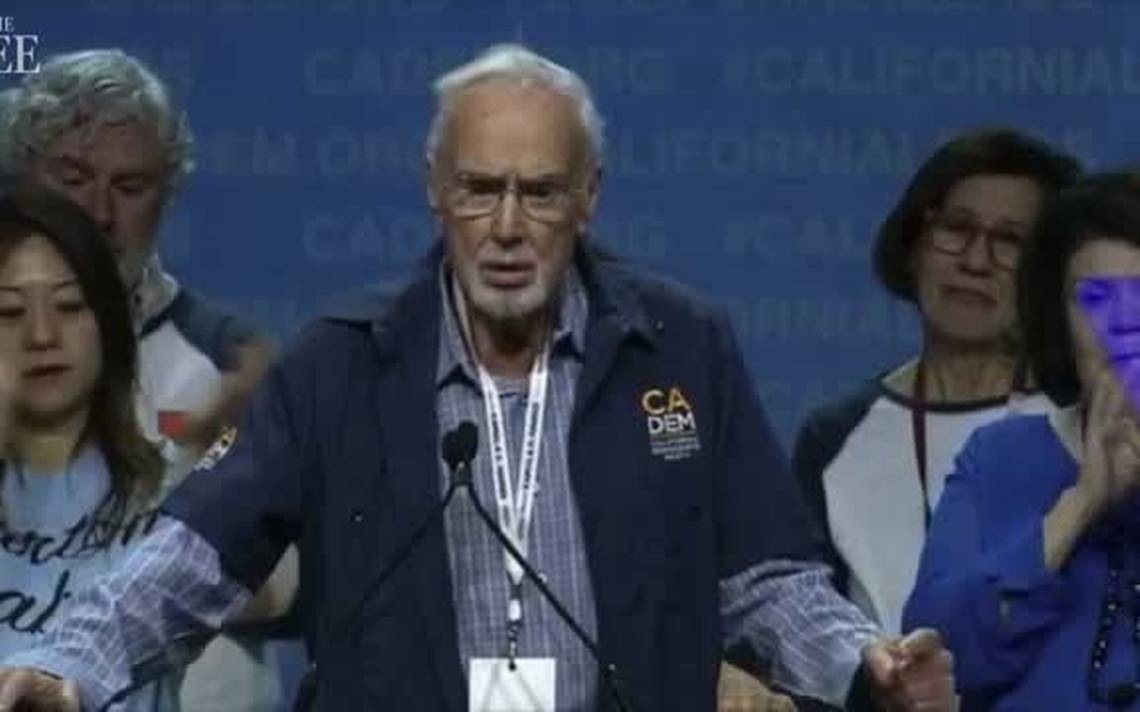 Outgoing boss John Burton, described by the Los Angeles Times as “a fixture in state Democratic politics for half a century”, grinned as supporters on stage at the party's convention joined him in the gesture.

The party's leaders blasted alleged ties to Russia among Mr Trump's associates and presented California as the epicentre of liberal resistance to the President.

“The world, literally the world, is counting on all of you, counting on California to reject Trump's deception and destructiveness,” said Lt Gov Gavin Newsom, who is among a crowded field of Democrats running for governor next year.

The convention comes less than a week after the US Justice Department appointed a special prosecutor to investigate whether the Trump campaign colluded with Russia during last year's election — a charge Trump has vehemently denied and called a “witch hunt”.

California Republican Party chairman Jim Brulte said Democrats were focused on Mr Trump to avoid talking about their own policies, including a recent decision to raise gas taxes and vehicle fees to pay for road improvements.

“Democrats own California and they broke it,” Brulte said in a statement. “They don't want to talk about their record in California which is why they want California voters to focus solely on President Trump.”