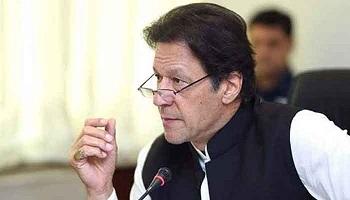 Imran Khan received backlash online earlier this month when social media users claimed that the Pakistani prime minister had shown disrespect towards the Saudi king by allegedly addressing his interpreter rather than the royal himself.

Pakistani Prime Minister Imran Khan has been accused of breaking diplomatic protocol at the opening ceremony of the Shanghai Cooperation Organisation Summit held in Kyrgyzstan’s capital, Bishkek, on Thursday.

Social media users have lashed out at the PM after he emerged in a video tweeted via Pakistani party Tehreek-e-Insaf's official account as the only person seated while everyone else stood to welcome the heads of states entering the hall.

In the now-viral footage, Khan briefly stood up, but then made himself comfortable in his seat again while his peers, including Russian President Vladimir Putin, were seen standing and waiting for everyone to come and take their seats.

This is the second incident in a month that Khan has been publicly rebuked for breaking diplomatic protocol.

Back on 3 June, Khan received flak after he met with Saudi King Salman bin Abdulaziz on the sidelines of the OIC Summit in Saudi Arabia, where the Pakistani PM apparently addressed the interpreter rather than the king, which has been viewed by internet users as disrespect towards the royal.

Khan also walked off before the interpreter conveyed the message to King Salman and without giving him a chance to respond.

Prime Minister of #Pakistan @ImranKhanPTI's Arrival with other World Leaders at Invitation of President of Kyrgyzstan for Opening Ceremony 19th Meeting of the Council of the Heads of State of the Shanghai Cooperation Organization in Bishkek Kyrgyzstan (13.06.19)#SCOSummit2019 pic.twitter.com/fYdKYN3Fv7