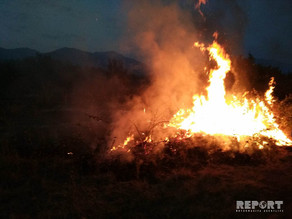 Fires raging in Brazil's Amazon rainforest have hit a record high number this year, according to new data from the country's space research agency, as concerns grow over President Jair Bolsonaro's management of the environment.

Axar.az reports citing Aljazeera that nearly 73,000 fires were recorded between January and August, compared with 39,759 in all of 2018, the National Institute for Space Research (INPE) said on Monday. The surge marks an 83 percent increase over the same period last year and is the highest since INPE records began in 2013.

Satellite images spotted more than 9,500 new forest fires since Thursday alone, mostly in the Amazon basin, home to the world's largest tropical forest and seen as vital to slowing the pace of global warming.