The politician was stabbed in the chest - Video 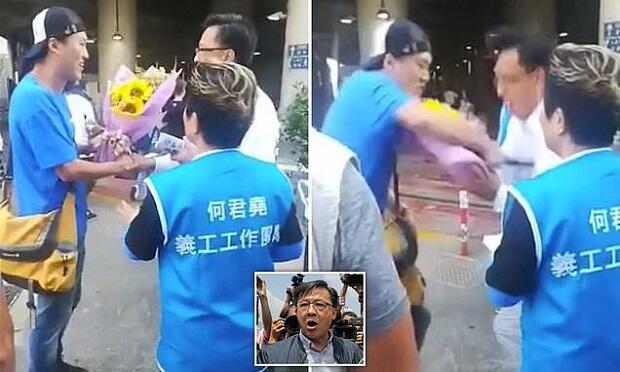 A prominent Beijing-supporting politician has been stabbed in the chest by a suspected pro-democracy activist during election campaigning in Hong Kong.

Axar.az reports citing Independent that Junius Ho, an outspoken critic of the movement for greater civil freedoms and autonomy in the city, was attacked in the street by a man pretending to be his supporter.

It is the latest instance of tit-for-tat violence in Hong Kong’s months-long unrest. On Sunday night, a Mandarin-speaking Beijing supporter armed with a knife attacked a group of pro-democracy activists outside a mall, injuring several of them and biting off part of an opposition politician’s ear.