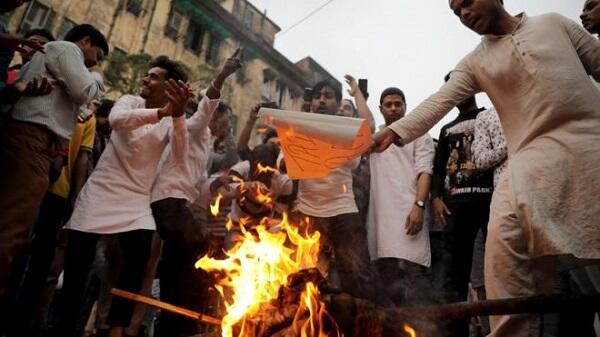 Protests in Kolkata against a controversial Indian citizenship law have continued into their second day.

Axar.az reports citing BBC that the new law entitles non-Muslim migrants from three Muslim-majority countries to citizenship if they are facing religious persecution.

A curfew was also imposed in Guwahati, in the north-eastern state Assam, after two people died in clashes this week.

The UK, US, and Canada have issued travel warnings for people visiting India's north-east, telling their citizens to "exercise caution" if traveling to the region.