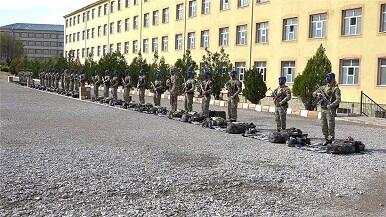 Theoretical knowledge, physical training and practical skills of commanders and personnel were tested in the competitions held in military units and training centers.

Disguise and movement in the area, organization of daylight and security, practical shooting from small arms were carried out.

In the end, the winners were awarded by the Special Forces Command.