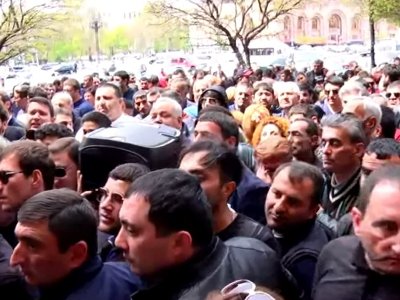 Workers of the Meymandar market in Armenia's Armavir region held a protest rally.

Axar.az reports that one of the cars near the market was overturned by protesters during the protest.

Police confirmed the fact in a statement on the incident.

The action was launched in response to an order to close the market 24 hours a day for disinfection. However, police said they managed to stop the market for 24 hours.