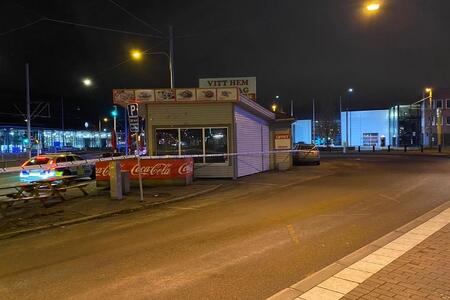 The restaurant “Vitt Hem - Qarabağ” owned by an Azerbaijani businessman operating in Sweden was burned down.

Axar.az reports that the owner of the restaurant, Kenan Hajiakberoglu said this.

He noted that an unknown person or persons throw a molotov cocktail at a newly opened restaurant in Gothenburg.

“The police informed me at night. I came to the area immediately. The fire was already extinguished. Police officers did not allow to approach the area. Firefighters and police suspect deliberate arson of the restaurant, and an investigation is underway,” Hajiakberoglu said.

It should be noted that Kanan Hajiakberoglu is originally from the Azerbaijani city of Agdam. He participated in the First Karabakh War as a volunteer. His brother Sanan Rustamov was heroically martyred.

He is the son of former battalion commander Haji Akbar Rustamov.