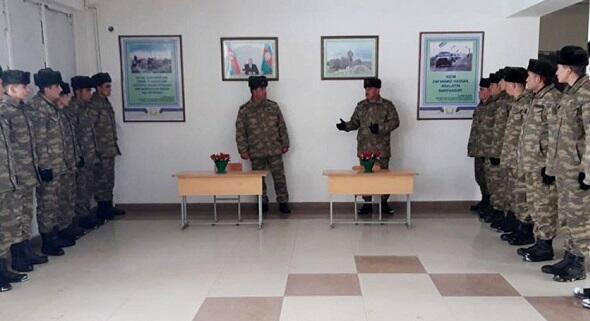 A commemorative ceremony dedicated to the 31st anniversary of the January 20 tragedy was held with Azerbaijani servicemen in Shusha.

Axar.az reports citing MoD that the National Anthem of the Republic of Azerbaijan was sung at the event after a minute of silence in memory of the martyrs.

The event focused on the historical significance of the January 20 tragedy, the success of the policy pursued by national leader Heydar Aliyev and President of the Republic of Azerbaijan, Supreme Commander-in-Chief of the Armed Forces Ilham Aliyev to convey the truth about the events to the world community.