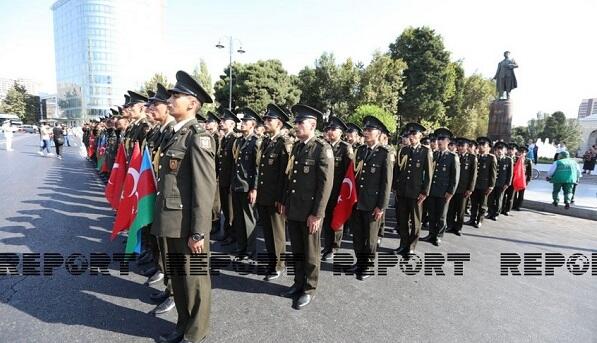 A march on the 103rd anniversary of Baku's liberation from the occupation by Armenian-Bolshevik forces has started.

Axar.az reports that the second route of the three-part march began from Samad Vurgun Park in downtown Baku.

Hundred-fifty personnel of the Azerbaijan Higher Military School named after Heydar Aliyev accompanied by a military orchestra are taking part in the march.

The participants will continue marching towards 28 May Street - Bulbul Avenue, Neftchilar Avenue and Azadlig Square.

Traffic in the capital has been entirely restricted in several directions due to the event.