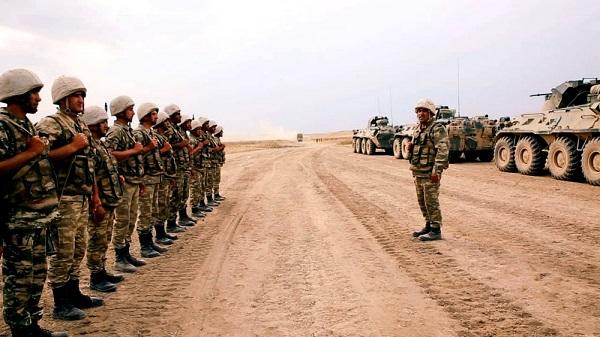 According to the training scenario, measures are being taken to plan operations jointly in accordance with the military decision-making process.

The tasks given by the headquarters in the command posts are performed on the map to achieve coordination between the troops.

The interaction between the headquarters and the units is specified on the model by setting the combat missions in different territory directions.