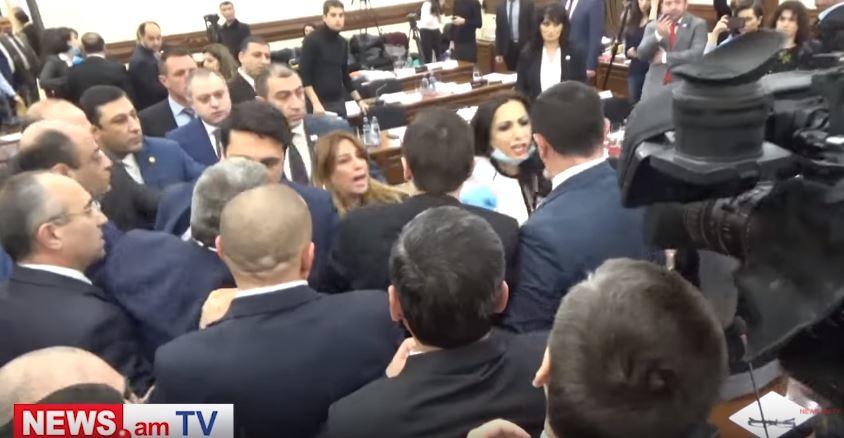 A brawl broke out between deputies of the Armenian parliament.

Axar.az reports that an aide to Ishkhan Sagatelyan, a member of the opposition Armenia faction, told reporters that he heard a voice on his way to the office and saw three opposition deputies beaten by members of the ruling party in the office of Vice Speaker Ruben Rubenyan.

According to him, security officers were present at the time of the incident, but did not intervene.